Different legal tests apply to unfair dismissal and discrimination claims and that can sometimes lead to surprising outcomes. That was certainly so in a case where an Employment Tribunal (ET) found that a supermarket till operator had suffered disability discrimination but that her dismissal was nevertheless fair. 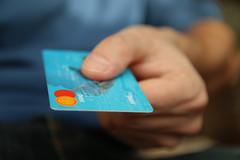 The woman worked for a supermarket chain for about five years before she suffered a fractured shoulder, unrelated to her work. During almost a year on sick leave, the chain commissioned an occupational health report and consulted with her about her health regularly. It eventually decided, however, that it could wait no longer and she was dismissed on capability grounds during a 10-minute phone call.

After she launched proceedings, the ET noted that her GP had never suggested that she was fit to return to work. The occupational health consultant who saw her had made it clear that there were, at that time, no reasonable adjustments that could be made which would enable her to return to work. However, the chain had not followed the consultant’s advice that she be referred back to him after plans in respect of her future medical treatment had crystallised.

In its ruling, the ET upheld her disability discrimination claim under Section 15 of the Equality Act 2010. It found that her dismissal constituted unfavourable treatment because of something arising in consequence of her disability. The ‘something arising’ was her long-term sickness absence.

The ET, however, went on to reject her unfair dismissal claim on the basis that dispensing with her services fell within the range of reasonable responses open to the chain. Before the Employment Appeal Tribunal (EAT), the chain and the woman each challenged those parts of the ET’s decision that were unfavourable to them.

In ruling on the matter, the EAT noted that, as a matter of law, it is possible for a dismissal to both constitute disability discrimination and be fair. That is because the test in relation to unfair dismissal affords a significant latitude of judgment to employers, whereas the test in respect of discrimination is objective, according to which ETs must make their own assessments.

Upholding both the woman’s appeal and the chain’s cross-appeal, however, the EAT shared their concerns as to apparent inconsistencies and contradictions in the ET’s factual findings. The result of the case was a plain departure from an outcome that would normally have been expected had the correct approach been taken. The case was remitted for rehearing by a freshly constituted ET.