Workers on sick leave are entitled to be treated sensitively by their employers and all the more so where their health difficulties are pregnancy related. In one case where that signally did not happen, a social worker who was treated in an abrupt and unsympathetic manner when returning to work following an ectopic pregnancy was awarded substantial compensation. 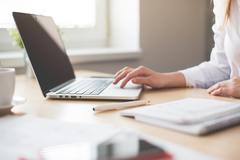 The woman was working on a probationary basis for a publicly funded trust devoted to the safeguarding of vulnerable children. She had to take two months off work after suffering an ectopic pregnancy for which she required emergency surgery. Whilst she was on leave, her line manager twice required her to obtain amendments to her sick note so that it confirmed that she was unfit for work. She said that she was shocked and upset by his attitude and felt that he did not trust her.

On the day of her return to work, the line manager sent her an email requiring her to immediately take on the duty of responding to emergencies and urgent enquiries. She was given no chance to settle back in and the email contained no expression of concern for her health. She was dismissed about three weeks later and subsequently launched Employment Tribunal (ET) proceedings.

Ruling on the matter, the ET noted that the line manager was aware of her health issues but that his email included no words of support or sympathy for her loss, nor a welcome back. It was, on any view, very abrupt. He refused to allocate her case work prior to her dismissal and closely monitored her performance by, amongst other things, looking over her shoulder at her computer screen to see what she was doing.

The ET found that the line manager’s conduct in a number of respects amounted to harassment and that the woman’s dismissal was an act of direct pregnancy and sex discrimination contrary to the Equality Act 2010. Her probationary period was twice extended prior to her dismissal and the ET ruled that the trust had breached her contract by failing to comply with its own probation policy and procedure.

Her complaints of automatic unfair dismissal and victimisation for whistleblowing failed after the ET concluded that the reason, or principal reason, for her dismissal was the trust’s concern about her performance. She was, however, awarded £10,000 in compensation for injury to her feelings and £3,775 for financial losses arising from her dismissal. With interest, her total award came to £15,844.