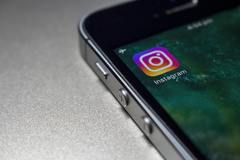 It is an enduring misconception that internet users can post whatever they like on their social media profiles so long as they are set to ‘private’. In a case on point, a man whose vile and grossly offensive comments on Instagram risked stirring up racial hatred received a deterrent prison sentence.

In a series of posts, the man published a photograph of himself bare-chested with his finger on the trigger of a long-barrelled musket-type gun. Accompanying the image were a number of foul-mouthed comments targeted largely at the Muslim community and which had extreme racist and white supremacist connotations.

Although the posts were made on his private profile, one of his Instagram followers passed them on to a woman who was disgusted by them and complained to the police. The man said that the gun was an ornament, and that he did not harbour racist views. He was, however, convicted of three counts of publishing material with intent to stir up racial hatred and received a four-year prison sentence.

In challenging the length of his sentence before the Court of Appeal, the man argued that he had made the posts whilst drunk and that he had only intended his followers to have access to them. The posts, which he accepted were disgusting, remained online only for a few hours and he deeply regretted his conduct.

Dismissing his appeal, however, the Court noted that, although the posts appeared on his private profile, there was nothing to prevent them being disseminated to those who were not his followers, as had in fact occurred. The comments were repulsive and their threatening nature, which put the woman in fear, was underlined by the gun-toting image. The Court acknowledged that the sentence was at the upper end of the scale. The number of people who had seen the posts, however, remained unknown and, given the prevalence of such misuse of social media, a deterrent sentence was amply justified.