Those who fund their lifestyles from criminal profits risk being stripped of the shirts off their backs and their innocent loved ones are likely to suffer just as much as them. In one case, a judge sanctioned the seizure of a family home where three blameless children lived with their money-laundering parents. 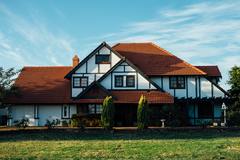 At the behest of the National Crime Agency (NCA), the High Court in London granted a civil recovery order (CRO) in respect of four properties owned by the parents, two of them in England and two in Northern Ireland. The Court found that the funds used to acquire them must have been derived from drug dealing, money laundering or tax evasion. The NCA subsequently applied to a judge in Northern Ireland for a possession order in respect of the family home in County Down.

In resisting the application, the parents pointed out that their children, the youngest aged seven, had lived in the property all their lives and were entirely innocent. The older two children, aged 18 and 15, were studying for public exams and at a crucial phase of their education. It was argued that the order sought by the NCA would violate the children’s right to respect for their home and family lives, enshrined in Article 8 of the European Convention on Human Rights.

Ruling on the matter, the judge acknowledged that eviction from their home of almost 20 years would inevitably cause upheaval and distress to the whole family. Against that, however, had to be balanced the legitimate aim of the Proceeds of Crime Act 2002 to deprive criminals of the fruits of their wrongdoing.

Although none of the children bore the slightest responsibility for the source of funds used to acquire the property, refusing to make a possession order would result in their parents continuing to benefit from their proven unlawful conduct. A possession order was thus proportionate. The judge directed that the order should not be enforced for six months in order to give the family an opportunity to find alternative accommodation and to minimise disruption to the older children’s education.