Occupiers of land are generally aware of their duty to keep visitors to their properties reasonably safe – but it may surprise many of them that that obligation extends to trespassers. A High Court case in which this issue was in point concerned a teenager who was injured whilst clambering over an anti-intruder fence. 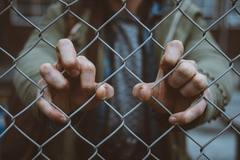 The 13-year-old boy and his friends had remained inside a public sports facility after it closed for the day. In order to make his exit, he attempted to climb over a fence which had been installed to deter vandals. The fence was more than six feet high and topped by vertical protruding wires. Once at the top of the fence, he lost his footing. His left arm caught on one of the wires and he suffered a deep wound.

In seeking compensation from the local authority which owned the facility, the boy argued that the fence had potential footholds which served to encourage climbers and that the vertical wires posed an unnecessary hazard. The facility’s staff were said to have been aware that people like him often stayed inside it after it closed and that climbing the fence to get out was commonplace.

The boy admitted that he was trespassing when the accident occurred. However, the council, as occupier of the facility, was nevertheless obliged to take reasonable care to ensure his safety. It was argued that the council was, or should have been, aware that the fence presented a danger against which it could reasonably be expected to offer some protection.

Ruling on the matter, the Court noted that the fence complied with British standards and was of a type commonly erected to keep out intruders. It had been put up by reputable contractors and the vertical wires, which were not sharp, were an appropriate deterrent to those who might wish to scale it.

A moment’s perusal of the fence would have made plain, even to a 13-year-old boy, that it was not intended to be climbed. There was nothing exceptional about the fence’s perfectly legal design and it had not been shown to be dangerous. Rejecting the boy’s claim, the Court concluded that the accident arose from his own actions, rather than anything that the council had done or omitted to do.