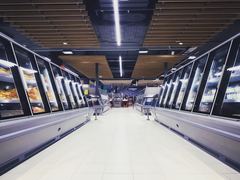 Must food that is beyond its ‘use by’ date always be considered unsafe as a matter of law? Or is that merely a presumption that can be displaced by expert evidence? That fundamental issue was raised in a High Court case of great importance to food retailers and environmental health professionals.

A supermarket chain faced prosecution after an environmental health officer spotted various food items on the shelves of one of its stores which were beyond their ‘use by’ dates. The chain was charged with 10 counts of displaying unsafe food items for sale, contrary to the Food Safety and Hygiene (England) Regulations 2013, but presented expert microbiological evidence which indicated that the items posed no imminent danger to human health.

Following a preliminary hearing, a district judge sent the chain for trial after finding that the items were unsafe as a matter of law. That was on the basis that, under Article 24(1) of the EU Food Information for Consumers Regulation No 1169/2011, food items that are beyond their ‘use by’ date are deemed to be unsafe.

Opening the way for the chain to mount a judicial review challenge to that ruling, the Court noted that the case raised an issue of importance not only to public safety but also to the practical operations of food suppliers who might find themselves obliged to destroy food that is, in fact, safe.

The chain had an arguable case that Article 24(1) does not create an absolute rule of law but only a presumption that is capable of being rebutted by evidence. The chain also proposed to argue in its defence that it had taken all reasonable precautions and exercised all due diligence in order to avoid the commission of an offence.