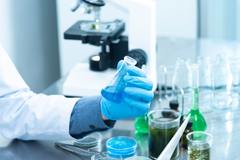 Personality clashes in the workplace are sadly common but, if senior managers fail to keep their cool, the financial consequences can be severe. In a case on point, an eminent forensic scientist who resigned after suffering discrimination and bullying during a fractious meeting won the right to substantial compensation.

The scientist had worked for almost five years for a company that provided forensic services and her relationship with its executive chairman had become increasingly difficult. The tension between them culminated in an ill-tempered meeting after she lodged a grievance against him. She resigned without notice two days later and subsequently launched Employment Tribunal (ET) proceedings.

Ruling on the matter, the ET noted that the chairman had used swear words during the meeting and accused the scientist of overreacting. Telling her that she needed to be more robust and get a harder skin, he expressed surprise that someone junior to him in the company should question his authority.

He lied to the scientist about the number of times he had made covert approaches to one of her colleagues, to whom he made critical remarks about her. He asked if she was physically fit to do her job, told her that she was letting everybody down and questioned her about her sexual orientation.

The ET found that the company had breached its own harassment policy in requiring her to attend a lengthy meeting with the chairman, the target of her grievance. The policy stated that, where employees complained, every effort would be made to protect them from further wrongful treatment.

The chairman took a bullying approach at the meeting. Even if there was cause to criticise the scientist, which the ET found that there was not, his conduct went well beyond robust constructive criticism and he had no reasonable and proper cause to act as he did. In particular, he initiated a discussion with her about her sexual orientation which she found upsetting.

The ET found that the chairman’s behaviour at the meeting, and on certain previous occasions, amounted to a course of conduct which undermined the relationship of trust and confidence that should exist between employers and employees. There had thus been a repudiatory breach of the scientist’s contract and she was entitled to resign without notice.

Her claims of unfair and wrongful constructive dismissal were upheld, together with her complaint of direct sexual orientation discrimination. The amount of her compensation would be assessed at a further hearing, if not agreed.